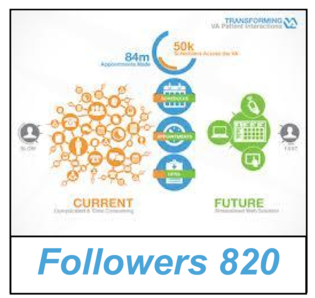 The Scheduling Contest was a test case in the OSEHRA/VA partnership, intended to showcase the ability of the open source community to support and enhance the VA’s drive to improve VistA and other Healthcare IT applications, lowering costs and improving results.

KRM played a key role as part of the OSEHRA test team for VA’s Medical Appointment Scheduling System (MASS) Contest. Intended to achieve the goal of allowing Veterans make appointments for VA outpatient and ambulatory care online, the contest officially opened for submission on Dec 14, 2012. The VA has long desired to offer this functionality to Veterans, but many obstacles arose, not least of which was time and funding for internal development. By initiating a Challenge.gov contest, the VA hoped to stimulate interest and to acquire, if not a completely turn-key application, at least the core of a demonstrably functional solution compatible with Open Source VistA and help to lead health IT transformation. Contestants had six months to develop and submit a solution designed to permit Veterans to seamlessly schedule appointments online. A total of 41 solutions were submitted by the close of the period.

KRM, as OSEHRA’s VistA technical lead, provided support under the OSEHRA banner for the scheduling contest. The support was primarily technical in nature and included advice on the logistics of handling the submissions and subsequent evaluations.  During the initial phases, KRM staff met with the VA principles and provided substantive feedback, as well as designing test scenario scripts from the information on system requirements provided by the VA. KRM staff was also available to contestants answer technical questions about the internal workings of VistA.

After the submission phase ended on June 13, 2013, OSEHRA was tasked with performing the initial functional evaluation of each submission. Using the approved test scenarios, each submission was exercised to determine if it had the requisite functionality. In the evaluation phase, KRM’s focus switched to a purely supporting role, ranging from minor details, such as testing fixes, to as in-depth as providing VistA support to the evaluation team.  KRM staff was the most familiar with VistA on the team and provided insight into how to perform evaluations when directions or code became murky, especially when the functionality provided by the subject solution required changes to the workflow specified in the test scripts. Having in-depth knowledge of VistA, plus a good working knowledge of how it is used by clinicians, allowed KRM personnel to make judgments about whether a change in the order of task performance would be significant to the utility of the solution in a real world situation.

Once OSEHRA’s Step 1 testing was complete for each contestant, a team of VA evaluators took over to review the thoroughness of each submission’s documentation and applicability of each solution to integration into the VA infrastructure. Final results of the evaluations, including any monetary awards made are found on the Scheduling Contest Website, made public on September 30, 2013.