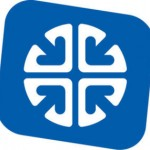 KRM has been an integral part of OSEHRA since its inception, providing technical expertise in the management and maintenance of VistA, as well as knowledge and experience in the areas of Meaningful Use, Patient-Centered Care, Healthcare IT application certification, and evaluation and testing of open source software submissions. We were among the first non-VA contributors of a fully functioning open source application when we released HealtheMe in 2012.

In 2011, the Department of Veterans Affairs determined that joining forces with the external community using variations of the Veterans Health Administration’s VistA (Veterans Information System Technology Architecture) Electronic Health Record (EHR) was the most efficient, cost-effective way to ensure the future viability of what is, arguably, the world’s best, most used EHR. Based on competitive bids, a contract to establish an open-source, non-profit agency to manage VistA was awarded in June to a team of contractors led by TIAG and including Virginia Polytechnic Institute, Washington University of St Louis, KRM Associates, Inc., Kitware, and MedForeSight. 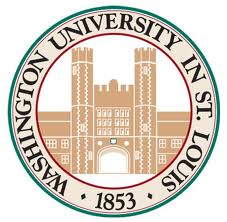 Within 3 months, the Open Source Electronic Health Record Agent (OSEHRA) was established, with a skeleton staff housed in facilities leased from Virginia Tech in Arlington, VA. The remainder of the first year was a whirl of creating working relationships between the VA and the OSEHRA contractors, figuring out not only how to do the work mandated by creating OSEHRA, but exactly what that work consisted of. A great deal of the effort went into establishing technical bona fides with the various business units inside the VA, and working through all of the legal, policy, and regulatory requirements for OSEHRA contractors to access VA software.  The other technical side was defining processes and procedures for accepting, certifying, and hosting the FOIA version of VistA so that other entities could access it. On the management side, determining the makeup of the Board of Directors and getting them approved, which happened in March of 2012, and establishing liaisons to other Federal government agencies.

A second contract was let in June 2012, this time with Ray Group as the prime, supported by the same group of sub-contractors that had supported TIAG. The mandate for this second year was to create and enact an OSEHRA Independence Plan. OSEHRA was registered as a Delaware Corporation and under IRS review as a 501(c)6 non-profit. The First Annual OSEHRA Summit was held in September 2012 to mark the success of these efforts, and to energize and inform the open source community.

At the end of 2012, OSEHRA was an independent, self-governing, non-profit with a strong and expanding membership base. Continuing to grow and refine its mission through 2013, the Second Annual OSEHRA Summit emphasized the changes and challenges occurring in the Healthcare Information Technology arena. 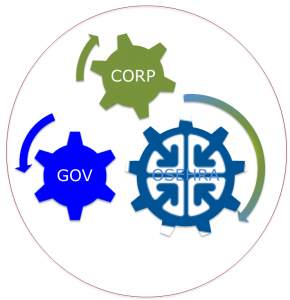 OSEHRA’s mission is to facilitate, through the use of the best practices in open source software development, the improvement and maintenance of EHR information systems. These systems will be freely available for all medical beneficiaries and – like other successful open source communities – will welcome the contributions of all kinds of developers.

OSEHRA simply and powerfully establishes an organized framework for all kinds of companies and creative individuals – users, developers, service providers, researchers, universities and for-profit companies – to communicate, collaborate, and share. The open source ecosystem is a transparent, rapid and safe way to accelerate progress in creating an ever improving, and highly functional EHR for the beneficiaries of VA healthcare, and more broadly, the nation as a whole.

While OSEHRA has initially focused on building an open-source ecosystem central to the VA’s VistA EHR, and facilitiating the development of iEHR, its focus has broadened to supporting the healthcare community as a whole. In supporting projects such as genomics and imaging, OSEHRA is becoming a central point of open-source software discussion and development particular to Health Information Technology. Key federal partners and community members may communally develop and grow solutions. As a solution based on federal funding, and already integrated to both the VA’s and IHS’s EHRs, facilitating the future of this project through the OSEHRA infrastructure is a natural extension and complimentary to its purpose.

For more information about OSEHRA and its mission, visit the OSEHRA web site.